Some people might think that a group called the Mystic Writers has a kind of mystical or spiritual connection, so we wanted to clear up any confusion right from the start. We needed a no-nonsense link to Mystic, CT on our website, and the image of the Mystic River Bridge quickly came to mind. This unique bascule bridge binds Mystic together, since the Mystic River splits the community between two towns, Groton and Stonington. Strictly speaking, there is no “town” of Mystic, yet it exists; perhaps that is the only somewhat mystical thing about it.

I prefer to think of Mystic as a village, not as the less poetic zip code, fire district, or CDP (census-designated-place). Its name is derived from a Pequot Indian word for “wide river.” Since Connecticut is an Algonquian word for “long river place,” I suppose the most authentic address for Mystic would be “River, River.” Whatever you choose to call it, for most of the year, life in Mystic is controlled by the opening and closing of the bridge.

Bridges are convenient metaphors in life: Don’t burn your bridges; It’s all water under the bridge; Cross that bridge when you come to it. Plenty of bridges were made famous in songs, such as the soothing “Bridge Over Troubled Water,” or the sinister Tallahatchie Bridge in “Ode to Billy Joe.” So why this fascination? Maybe an obvious answer lies beneath them: the rivers.

Thanks to glaciers, Connecticut is a land of rivers, flowing north to south to the sea. When I was growing up in the southeastern corner of the state, four rivers shaped my everyday life: the Connecticut, the Niantic, the Thames, and the Mystic. I often viewed these waterways as obstacles that required a detour on my way to school or work; it wasn’t until years later that I appreciated their beauty, vulnerabilities, and the role they play in the ecosystem.

Rivers have always flowed through American consciousness and through our literature. The works of Mark Twain are perhaps the most iconic, but Langston Hughes’ verses speak volumes: “I’ve known rivers:/I’ve known rivers ancient as the world and older than the flow of human blood in human veins./ My soul has grown deep like the rivers.”

STAY UP TO DATE 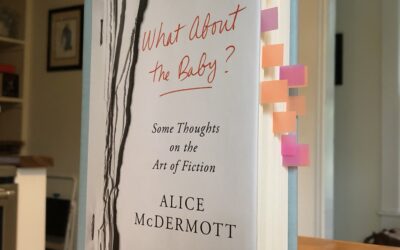 What About the Baby?

As a writer, I’m also a reader – both pursuits are intrinsically linked, in competition for the betterment of each...

Drift Away with Summer Reading

“Summer reading” usually suggests the kind of books you’d take along for a lazy day on a beach, boat, or backyard...

Do you have a story to tell but don’t know where to begin? Why not try a writing workshop taught by Mystic Writers,...